Because of the large timescale, this lesson is kind of hard to talk about. I drew 15 pages the first time I attempted Lesson 5 and had only gotten halfway through the assignment because of rampant perfectionism. For context, my eventual page count came out to 18 pages in total, with some of these being extras from demos and such.

This time I decided to just try and push through and do the minimum number of pages. I think this was the right call because I made it through in 56 days, which came in slightly longer than my Lesson 1 - which I totally grinded on, don't do that.

Australian animals featured quite heavily in my submission with my bird drawings - superb fairy wren and Australian white ibis - both being native to Australia. The first one had particular meaning as every few years from 2011, I have drawn the same reference of a fairy wren, so it seemed only right to try and tackle it as part of lesson 5, with the last attempt having been 3 years ago. 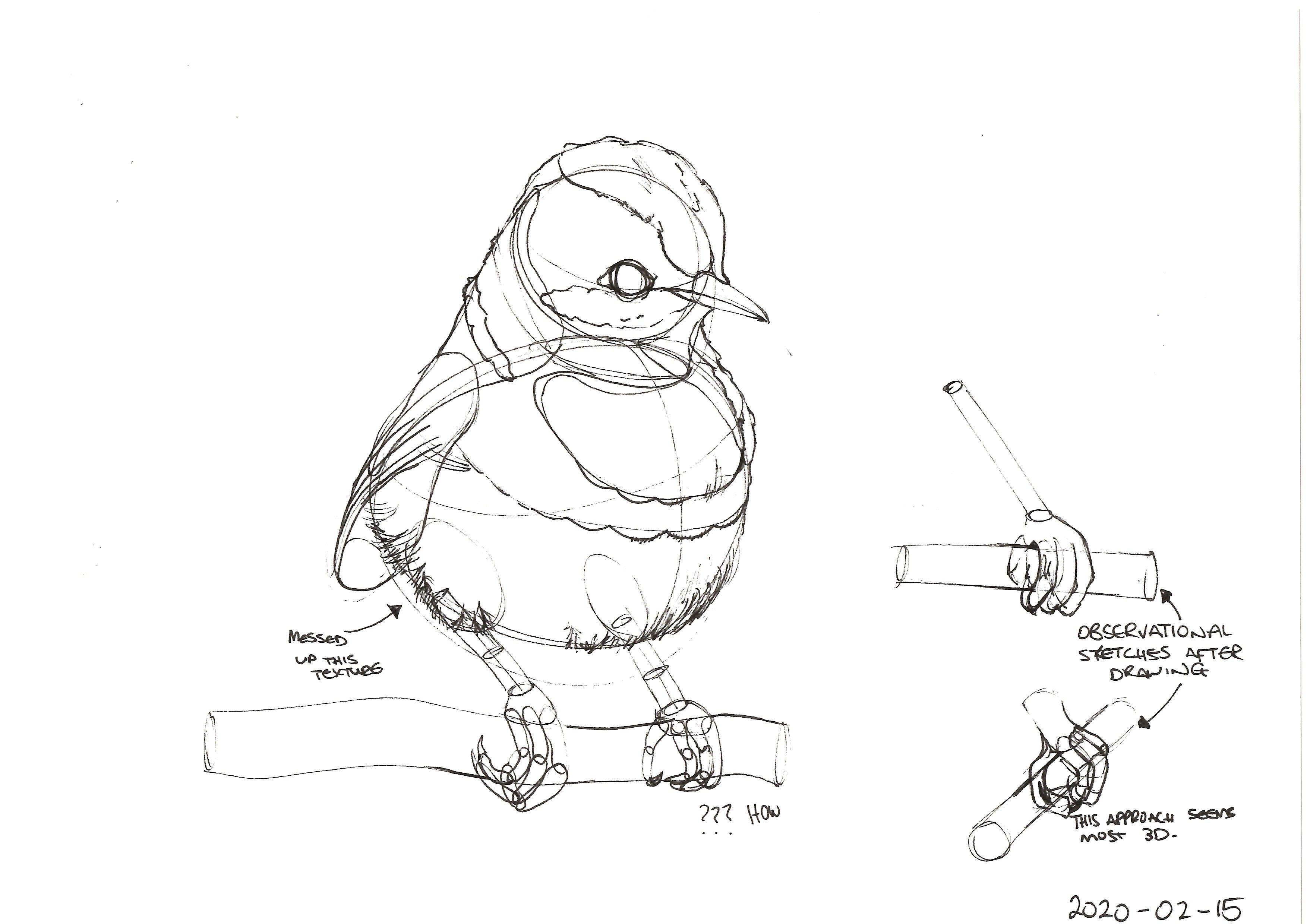 Whilst not nearly as impressive as a fully rendered digital painting, I feel the drawing captures the solid 3D forms of the wren much better than any of my previous attempts to date.

For my other animals, I tackled a wombat (AU native), squirrel, giraffe, alpaca, blue-tongued lizard (AU native), and a moorish idol (cover image). I was particularly proud of my moorish idol and blue-tongued lizard as it really felt like I'd nailed down certain concepts by this point that let me focus more on proportions and such. It was funny to me though, I didn't really want to draw fish or lizards, I couldn't really figure out their construction just looking at them but after discussion with a few people before I commenced construction of my moorish idol, I'd nailed down an approach I wanted to take that ended up working really well. (Simplifying the body of the fish to a flattened, rounded cylinder).

When I redid Lesson 3, I picked up a habit of actually warming up before I worked. I found that I tended to get less frustrated when I wasn't warming up on my work itself, so I continued this into my Lesson 5 work and onwards... it never seemed particularly important, but it does get me more into the mindset I need to draw and deal a little better with failure.

After two years of working on learning to draw animals in the constructive method, I'm proud to finally be done with Lesson 5 (No redos! Yay!) and be able to move onto other things - like the 250 cylinder challenge.