Uncomfortable calls this lesson the final boss of Drawabox and I can see why. It takes all that spatial awareness you've been building over the past 7 lessons and throws you headfirst into the world of proportions and hard surface drawing. I should note that I have never taken a technical drawing class and have a lot of trouble lining rulers and ellipse guides up due to the amount of parallax... plus a tendency not to hold them down hard enough so they slip slide about.

For most of my lesson 7 work, when I was establishing the box and subdivisions, I utilised a Kent A3 Drawing Board much like the one in the link - sold by Draftex, who I highly recommend for Australians. The paper was able to be clamped into place to keep it parallel to the work surface and I was able to use the built-in ruler to draw horizontals (as in the horizon line) and verticals using a second ruler butted up against the built-in one. Whilst a drawing board isn't at all necessary for this lesson, I highly recommend it if you're like me and have issues holding rulers in place or getting things squared up - it took a lot of frustration out of it.

When I started, I spent a significant amount of time trying to figure out how to place my ellipses so that I could establish a box of appropriate proportions. I had a lot of trouble with this because I had an extremely limited Staedtler ellipse guide which had degrees of 25, 35, 45, and 60 - I did eventually find that the 45 degree ellipse was ideal for setting up a grid without too much distortion but this all very much became easier when I added a second ellipse guide with 20, 30, 40, and 50 degree ellipses. Setting up this kind of grid with an ellipse guide generally relies on a principle of getting things close enough, since you probably won't get them exact with an ellipse guide. The videos themselves show Uncomfortable setting up his grid with Lazy Nezumi, a Photoshop tool which can achieve any degree and orientation of ellipses - still, if you watch those videos, you'll see that he has a tough time of setting it out even with that kind of freedom, so it's by no means an easy task.

I had a bit of trouble following along with the demos, I believe this is in part because they're cut down slightly, so that the content isn't so visually confusing. When I started drawing my own vehicles, I definitely had an easier time by setting out boxy forms before rounding them out, similar to how I worked through lesson 6. I think the most difficult part of this lesson is getting the setup and footprint of the vehicle correct - if the box is off, the vehicle will be off, if you mirror some part of the car wrongly, it'll make the entire thing look slightly off and so on. Then once you've placed everything, the visual confusion can get really overwhelming and make it hard to identify and tweak little mistakes. Basically, there's a good reason this is the last lesson. A bit of background on me: I'm one of those people that drew as a kid - I wasn't obsessed with it but it was definitely something I'd go through phases with where I'd draw a lot for a few weeks or months and then realise how bad I was and get discouraged. My grandmother was a professional artist and is still painting and drawing every day even though she's in her 80s, so I always had a backdrop of artistic "talent" in my family. If I did a good job of drawing something, I was praised for my talent and that I must've inherited it from my grandmother, if I didn't, well, maybe I just didn't have it in me.

I spent most of my childhood and teen years wanting to be a web designer and that was true up until I was around 18 when I backflipped on that and decided I wanted to be a history teacher. I enrolled in a Bachelor of Arts in university, majoring in English and history. At some point during that year, I decided to pick a computer-based graphic design class and fell in love with using Adobe Illustrator to create vector graphics - to the point where I pulled all-nighters doing vector traceovers for fun. After that, I enrolled in a Bachelor of Design (Visual Communication) and eventually majored in Illustration Design. I went through my entire illustration degree, doing my best to avoid drawing humans and perspective while trying to catch up fundamentals I'd never learnt due to my patchy practice as a kid. I eventually graduated but with nowhere near the skill set to work as a professional. Below is one of my final pieces from university and the absolute peak of my ability at the time. 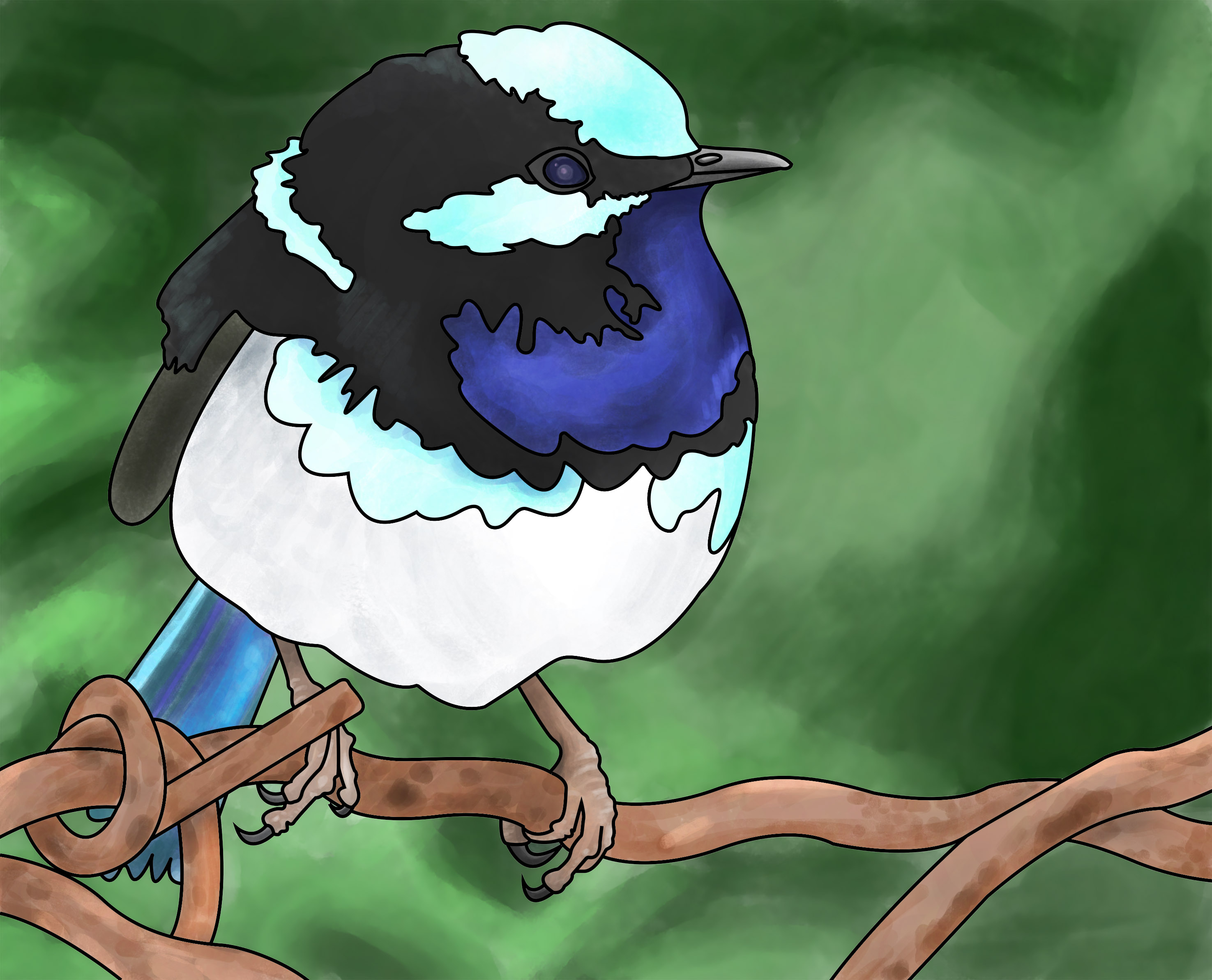 Fast forward past graduation and 2 years into my working life, I had a breakdown and started studying towards my CCNA (IT networking certification) so that I could make a career jump back to IT. Around the same time, I discovered the Drawabox Discord server - I'd been peripherally aware of the course and followed it on Reddit for some years. Instead of making me less productive, the server actually pushed me to be more consistent with my studies and eventually, in January 2018, I started the lessons.

Given my background, I had a lot of trouble in the first few lessons accepting that I really didn't know all that much despite spending 4 years studying at university. If anyone reading this comes from a similar background or even a self-taught background, my biggest advice to you would be to put aside your pride before you start Drawabox, because you will suck. You will suck a lot.

The first two lessons and the 250 box challenge are what I liked to refer to as "mechanical skills hell". These lessons are in my mind, the main reason for Drawabox's 50% rule. These first few lessons are super boring but absolutely essential to nail down muscle memory and confidence. The 50% rule is a fantastic one and was brought into play long after I started the lessons and I think it's one of the things that really differentiates Drawabox as a course.

The course's lessons build on top of one another and each one explores the concepts of construction from a different angle. Once you're past lesson 2, you tackle construction of plants, then insects/arachnids, animals, everyday objects and finally, vehicles. More than this, it teaches you to believe that the object or world that you're creating on your page is entirely real and solid - this in turn makes your drawings more convicing as you start to believe the lie that you're telling on the page. For me, this was the one thing I really needed to learn - just being told to imagine what I'm drawing as 3D was the start of a revelation that I'm still practicing to nail down consistently.

This understanding of the world on your paper as 3D then translates directly into better understanding form and perspective. As I mentioned before, I frequently avoided drawing anything that had obvious perspective, instead opting for objects floating in space or basic front views. I was taught perspective in such a way that I thought you needed a ruler and to plot everything out and back to a vanishing point in order for it to be correct. Drawabox teaches perspective in a much less rigid approach - only one exercise is dedicated to plotting everything out and it's simply there to explain the concept of a horizon line and vanishing point before moving onto a more organic way of handling perspective that does not rely so heavily on the 1, 2, and 3 point perspective simplifications that most courses teach.

I took 2.5 years to finish Drawabox and it was the only course I took in that time. I often took significant breaks in between lessons to draw what I wanted, but I never really picked up any other courses during that time. That said, the effect it has had on my drawing really speaks for itself. I created my Instagram account around the time that I started Drawabox, so it really documents my journey through the lessons. The cover photo shows a comparison between when I first started the lessons compared to now - I'm still not perfect and I likely never will be but I would not be where I am now without Drawabox.

Overall, this course is challenging. It really is. It's one the hardest things I've ever pushed through and completed but it was so, so worth it. Drawabox will teach you resilience, persistence, markmaking, form, perspective, and ultimately, how to learn to draw.